Welcome to UNDEFEATD! A martial art school specifically for females, created by myself (Nicola Francis) in July 2019.

I commenced my martial arts journey with the Tasmanian Wing Chun Academy, in Ulverstone in 2001 (a school run at the time by Sifu Stuart Clayton and Tracey Aldridge who were under the guidance of world champion martial artist Rick Spain. I attended many seminars and gradings with Master Rick Spain and gained my level 5 brown sash (one before black sash). I returned to Hobart to be with family and friends in 2005 and wanted to continue my martial arts journey. However, there was no Wing Chun in Hobart so I decided to join National Taekwondo under the guidance of Chief Instructor Steven Welch. Here I received my red belt after 3 years of dedicated training. It was in 2008, I had the opportunity to return to Wing Chun Kung Fu, under the guidance of Sifu Alfredo Delbrocco and also open a Martial Arts School with my ex husband Leigh Duff. I obtained my black sash from Sifu Alfredo Delbrocco. It was in 2009 just after I had my daughter, that I met Wing Chun legend Grandmaster William Cheung. I received my gold sash level 10 in 2013 and then continued on to receive my Master level 2 from Grandmaster William Cheung in 2016. During this time I also attended many intensive training seminars with Grandmaster William Cheung. 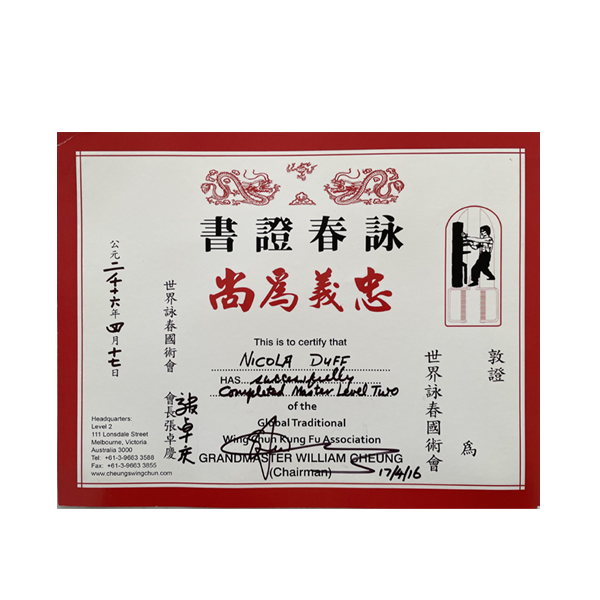 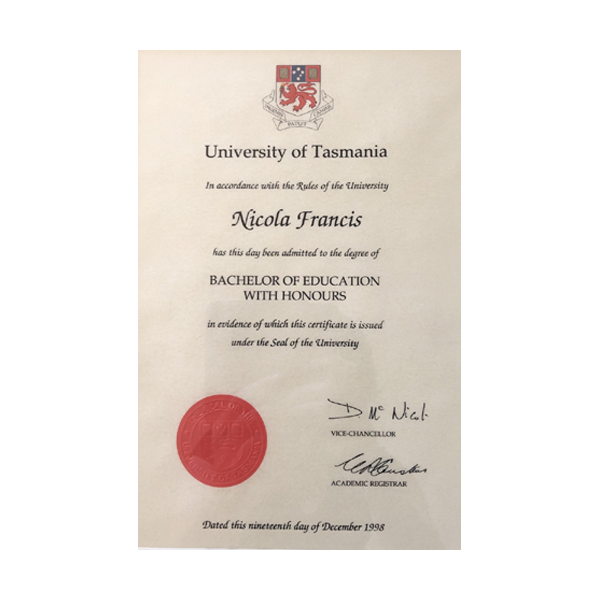 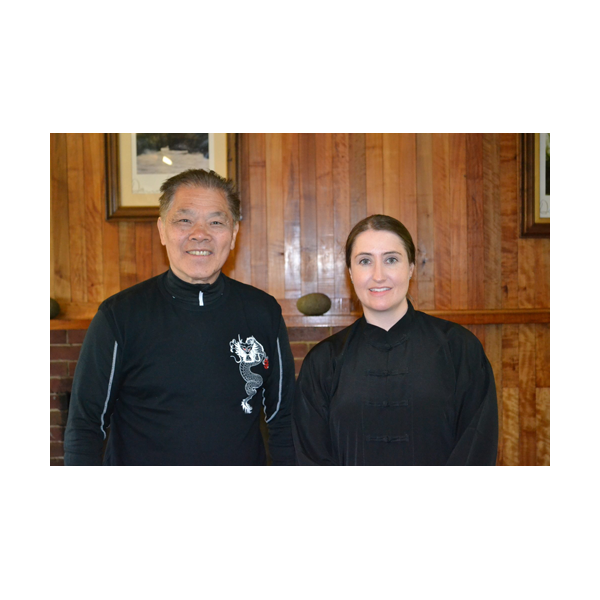 From here, I have developed my own Martial Arts School called UNDEFEATD, one in which I am passionate about teaching girls to have practical self defence skills. My aim is to help students meet their full potential and guide them in areas such as fitness, motivation, self-discipline, focus, resilience and respecting one-self and others. I deliver a fun and invigorating self defence system to girl's, teenage girl's and ladies and offer class lessons, private tuition, school groups, birthday parties and corporate groups. I now have a martial arts school in Bellerive and have recently expanded the business into Kingston with a second martial arts school now open in Channel Court Shopping Centre (opposite Kaisercraft). I look forward to hearing from you soon. Nicola Francis

We have a great range of quality training equipment and our classes are professional.

I teach GRATITUDE not ATTITUDE.

Wing Chun Kung Fu is the only martial arts system in the world that was invented by a woman.  Unlike most other martial arts which rely on brute force, speed and power, Wing Chun techniques are based on the law of physics in order to achieve optimal results by gaining advantage before the opponent is able to launch any lethal strike. Therefore, you don’t need to be big or strong to be able to practice Wing Chun, as you learn how to use the opponent’s force against him/her. 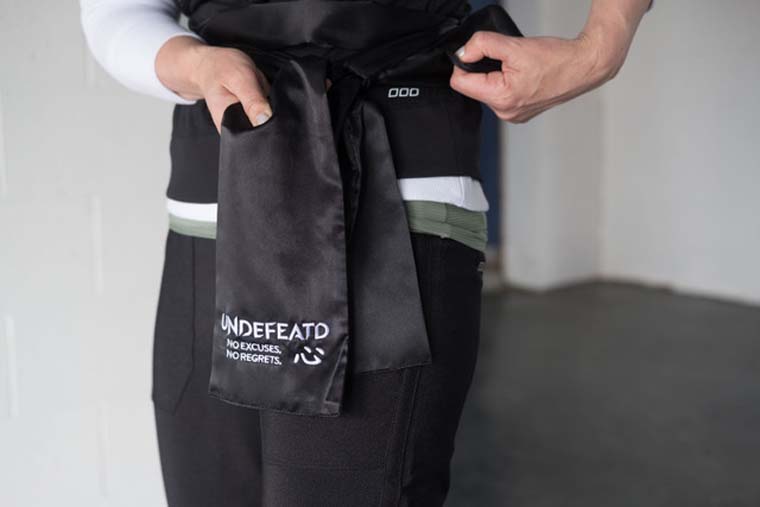 UNDEFEATD No Excuses | No Regrets 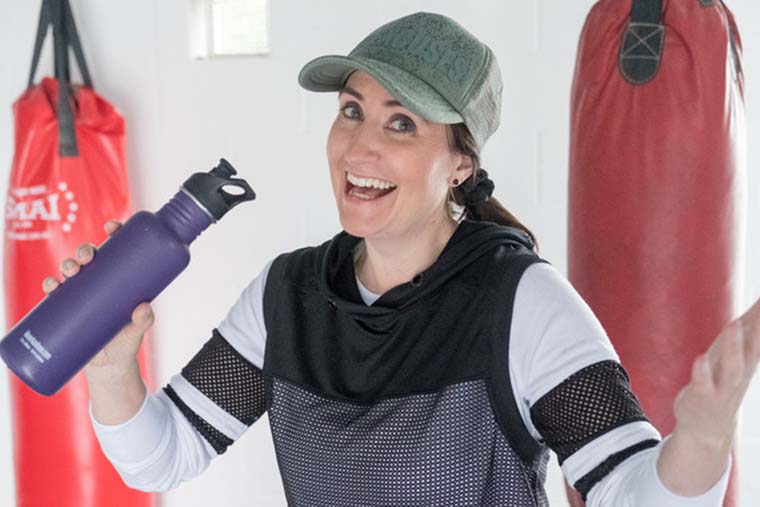 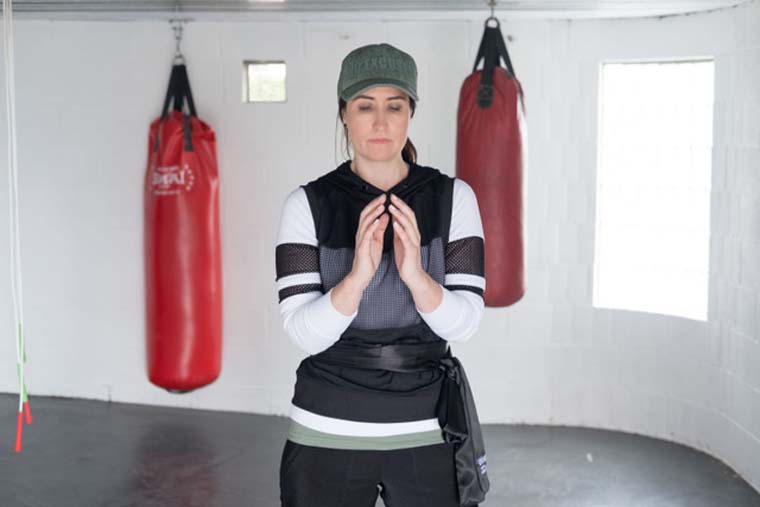 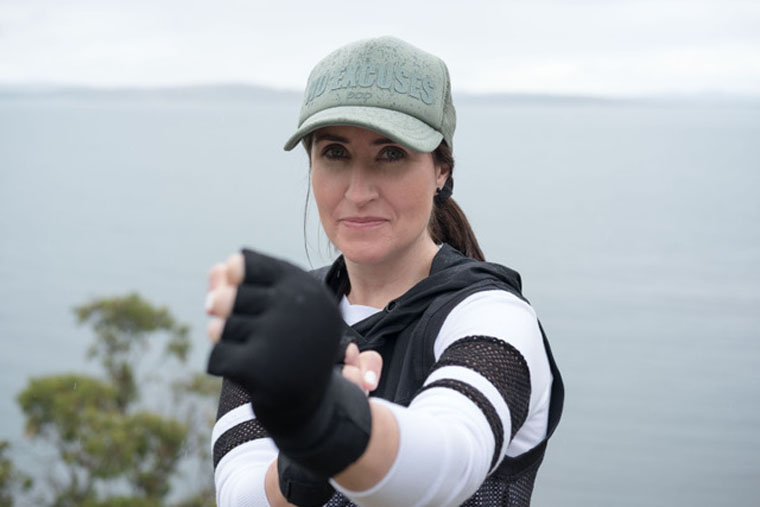 Defend yourself No more fear